Know what you are looking for?

Send us your enquiry

2021 marked the 50th Anniversary of the Mineral Products Association, Restoration Awards which celebrate the scale and diversity of the restoration and nature conservation work undertaken by MPA members. Two of Smith’s former restored quarries: Fish Hill at Broadway in the Cotswolds and Horsehay West in North Oxfordshire were featured in a video made by the MPA to mark the occasion found here.

Located within the Cotswolds Area of Outstanding Natural Beauty (AONB), at the top of Fish Hill in Worcestershire above Broadway this quarry has been operated by Smiths since 1986 producing limestone aggregates and local building stone. The restoration of the site focused on the creation of species rich unimproved calcareous grassland a habitat that is increasingly under threat in the Cotswolds.  In addition, the bare rock faces have attracted peregrine falcons, rock piles have been retained for reptiles and the introduction of water in a seasonal pond will attract a range of invertebrates, dragonflies and butterflies. The site also celebrates its important geological value as the former quarry face has a unique exposure of Middle Jurassic rocks formed some 175 million years ago featuring a striking band of dark clay between layers of limestone.  There is no public access to this site. 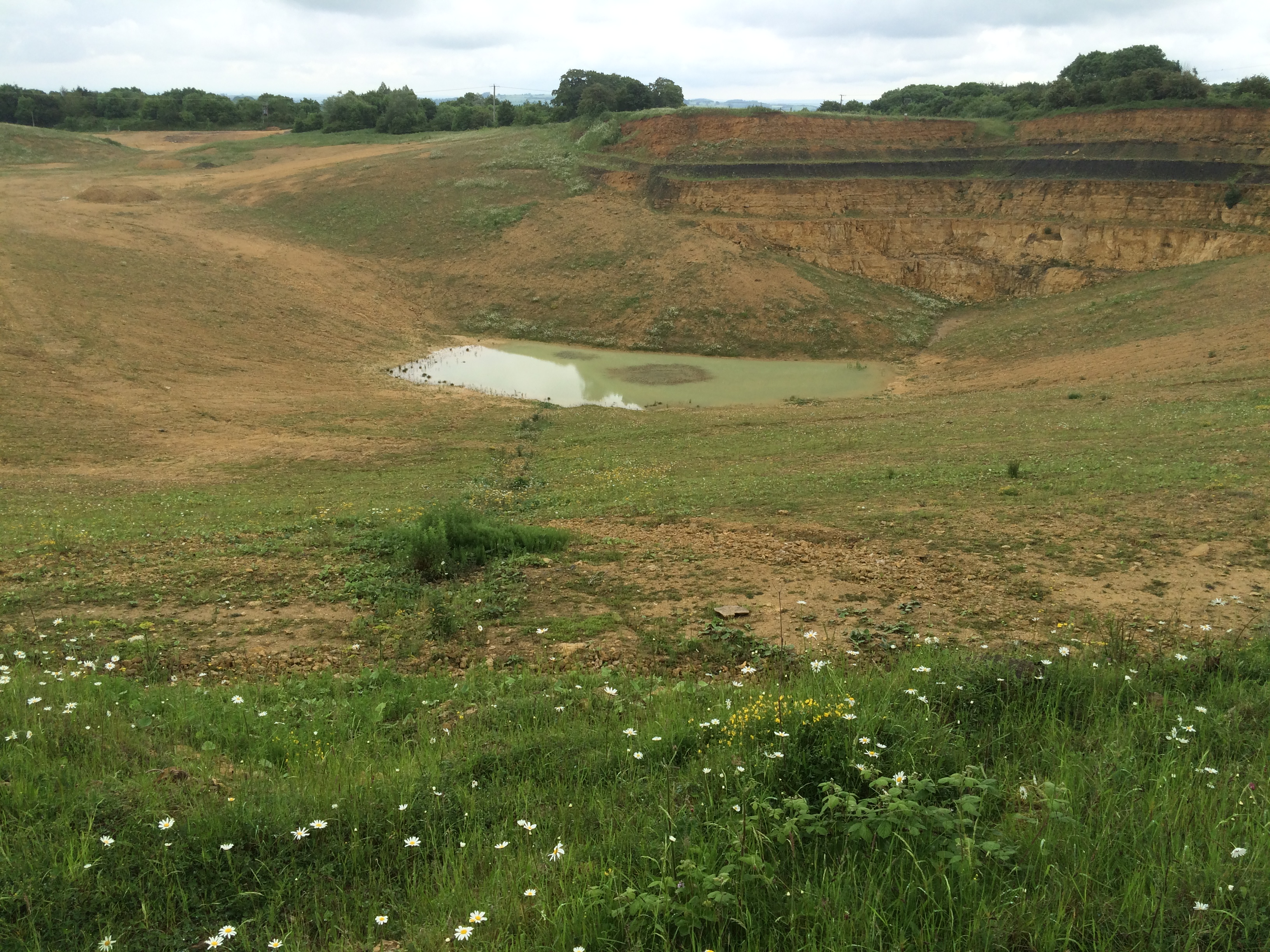 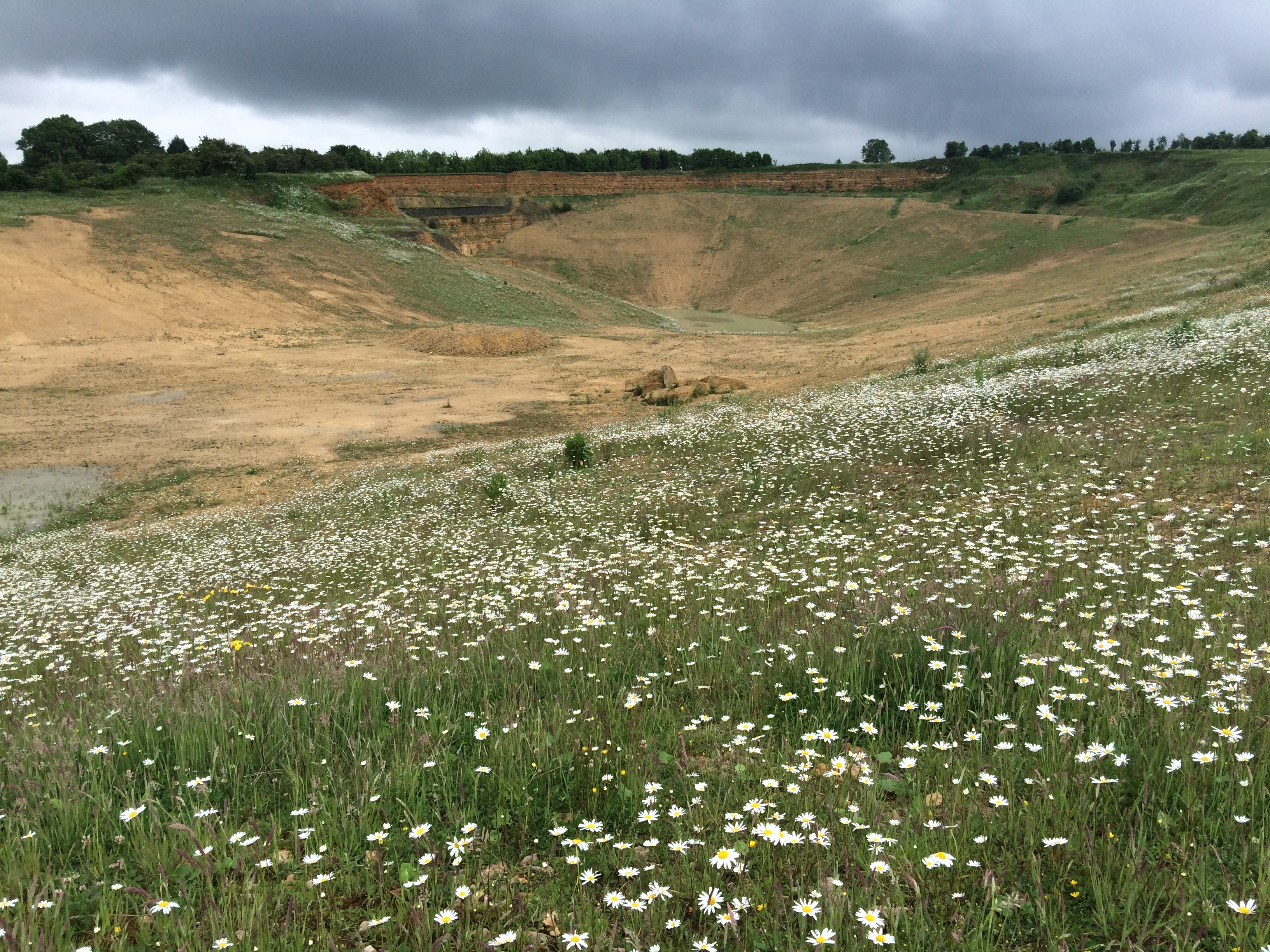 Horsehay West Nature Reserve is a former quarry that was first worked in the 1950s. It was excavated for its ‘soft sand’, taken from the geologically significant Horsehay Sand Formation and was used by bricklayers for mortar.  After decades of it lying dormant, Smiths took over the site and restarted sand extraction in 2008. Ten years later, it was carefully restored as an area for its biodiversity value and for its significant geological interest.

It now has a complex of mixed habitats with species rich unimproved calcareous grassland, gorse and scrub woodland and a recently excavated area of a sandy cliff and bare sand on the former quarry floor. This area is full of burrowing solitary bees and wasps and the sand cliff is home to the largest colony of sand martins in North Oxfordshire. Water has been introduced here for the first time, making this once dry landscape attractive to insects and birds.

The 230-metre long, sandy, cliff face of the Horsehay Sand Formation was created by quarrying but is now a geological Site of Special Scientific Interest (SSSI). The exposure clearly shows the origins of the sand as it formed on tidal flats in warm shallow seas during the Middle Jurassic some 201 to 145 million years ago.

This site has been opened to the public with access from the neighbouring footpath and provides a short circular permissive walk and opportunities to view the wildlife around the pond and wetland area from a bird screen. 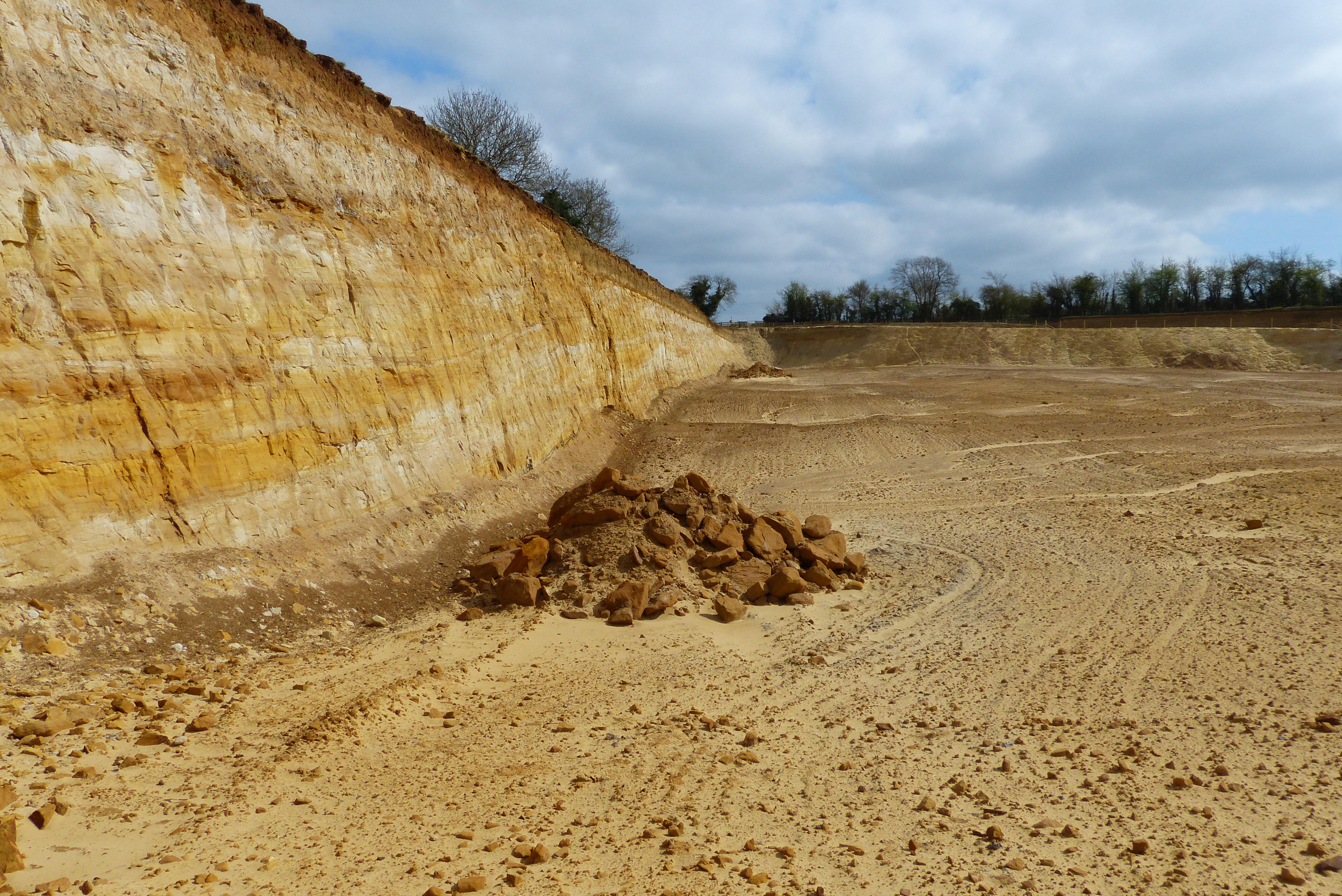 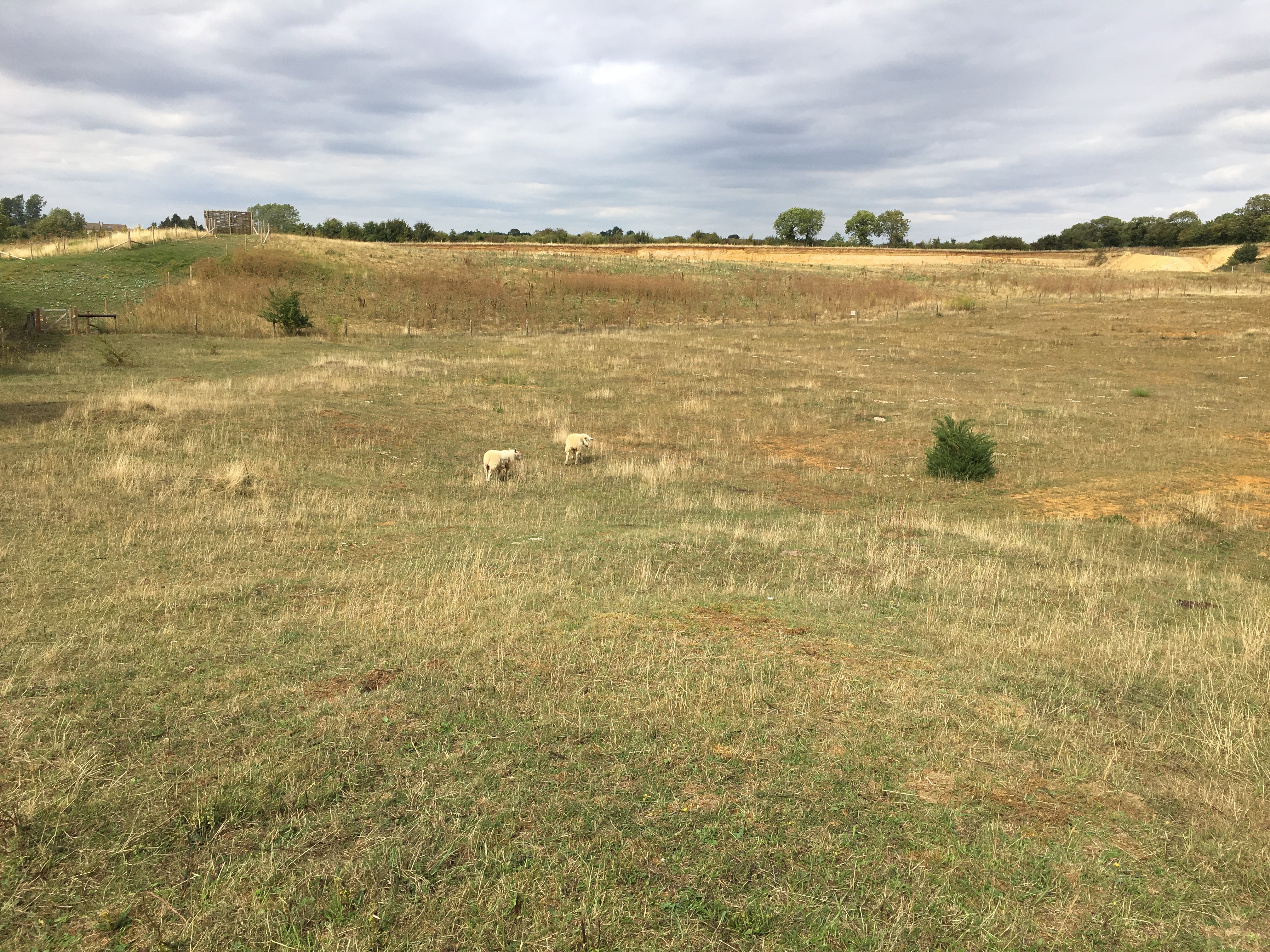 You can find more information about the restoration of these two sites from MPA's video here.